The happy soldiers in this picture are actually the soldiers posted at Khunjerab Pass, the border crossing between Pakistan and China, which is the world’s highest paved international border crossing. The love between the two nations go deep and the warmth of friendship can be felt through this amazing display of affection on Karakoram Highway.

Khunjerab pass offers one of the most unique and exceptional experiences, not to mention the cold chilly weather of 4.7Km altitude above sea level. On a bright summer’s day, in the months of June & July, the scale goes up to a max of 10⁰C on average. Imagine how cold the nights would be as it is quite normal to get snowfall even in summers. If it was up to me, I’ll name it the world’s coldest border!

The border guards and soldiers posted here are worthy of commendation, given the climate conditions, these brave strong willed men have a very special way of keeping their spirits up – they perform the Pamiri Eagle Dance.

Another distinct feature of Khunjerab pass is mentioned in the Guinness Book of World Records. The World’s highest ATM right by the road side. Although there’s seldom any cash there…! ^_^

Legend of the Eagle Dance

The majority of population living in the northern areas of Pakistan belong to the ethnic group called Wakhi and are famous for their traditions and hospitality. The Wakhi people believe that the Eagle is the king of all animals and represents courage, honesty and justice.

The Legend has it that once a man was stranded in the Pamir mountains and a giant eagle laid down its life to help save this man’s life. During its last breaths, the eagle asked him to make a flute out of its bones so that when he would play that flute the eagle’s sacrifice will be remembered. So when the man played that flute all the world was filled with happiness and the people started dancing imitating that eagle soaring above the Pamir Mountains.

In order to reach the border from Pakistan’s side its fairly simple and easy with a private vehicle of any kind. However, after Sost, which is the last town before a long stretch of road going to the pass, hitch-hiking is not allowed. Chinese are a bit strict in this matter as nobody can travel solo beyond Tashkorgan. The travelers must go in a convoy scheduled to leave Tashkorgan along with the public transport buses. There are several bus services that cross to and from Sost and Tashkorgan such as Hunza Xinjiang Tour Company and NATCO.
What to expect?

If you plan to visit the world’s highest border crossing, you need to keep a few things in mind. Dress warmly and pack even more warm clothes as if you’re going to the north pole. Believe it or not, it can get really chilly up there, you have been warned…!

The breathtaking views at Khunjerab Pass

Take plenty of drinking water as it helps breathing in oxygen deprived altitude. Also in Sost you can get hold of dry apricots which are a ready source of energy on high altitudes. Sost is the last place you’ll find anything so replenish your supplies of snacks for the trip.

For international travelers who want to cross over to other side, the immigrations take place at Sost (80Km) in Pakistan and Tashkorgan (124Km) in China. In between you travel with an exit stamp of one country and without an entry stamp of the other.

Also money exchange rates at the two border towns are high so get the bulk of your cash exchanged either in Gilgit or Kashghar.

Near Sost, if you wanna stay in a traditional Wakhi home and experience their culture & hospitality, Pamir Serai is recommended which is maintained by Alam Jan Dario & family OR you can find a lot of guesthouses, inns, hotels scattered across Hunza valley.

The Journey’s worth more than the Destination!

Although the border has its own charm and importance.

The journey to get there will be as mesmerizing as the destination, and the sheer scale of the Karakoram mountains will leave you awe struck.

While passing through these giants you’ll experience the true power nature holds over mankind and the person feels like a tiny insignificant being, like an ant passing through giant boulders. This feeling can’t be expressed by any picture or words. Along the path you’ll find a variety of animals including yaks, marmots, eagles, snakes and Pakistan’s national animal Markhor which is the local name of Himalayan Ibex.

Markhor are hard to spot in the stony, dry cliffs and mountain slopes but believe me if you look hard enough you can always find them looking for patches to graze.

And… you should consider yourself a really lucky soul, if you get a glimpse of red fox, wolves or even the elusive snow leopard. But they are a really rare sight and mostly visible in winters when the peaks are covered with snow making them un-inhabitable.

A bridge on the old silk route visible from KKH

The Karakoram highway leading to Khunjerab pass traces one of the ancient paths of Silk Road which connected Asian subcontinent with Europe and China. The ancient silk road is still visible at certain parts of the highway. Learn more about the Ancient Silk Road & the Eighth Wonder of the World.

The pass was open for public traffic on August 27, 1982 and since then it has been a gateway for slow paced trade. It was in 2010, that a natural calamity in the region started a chain of events that led to development of infrastructure and roads and eventually made Gilgit-Baltistan a core part of CPEC (China Pakistan Economic Corridor).

On January 4, 2010 a massive landslide tore a whole face of the mountain in Gojal district and blocked Hunza river resulting in accumulation of water up to 21km upstream, drowning many villages, livestock and infrastructure. Despite loss of many lives and property, the people of Gojal & Gulmit have bounced back stronger. Read more about the Attabad Incident & the beautiful lake.

Another hot tourist spot in the northern areas of Pakistan is The Princely State of Hunza. READ MORE»

The Princely State of Pakistan – Hunza

The Land of Stunning Lakes – Naltar

Silk Road & the Eighth Wonder of the World 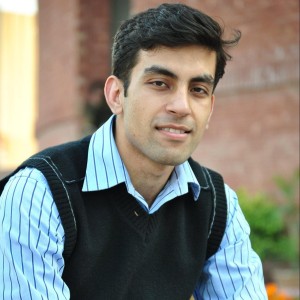 Silk Road & the Eighth Wonder of the World

The Land of Stunning Lakes – Naltar

The Princely State of Pakistan – Hunza